In the frame of our EU-project Test-4-SME, the testing partner EnviteC tested one of its products in the lab of Prof. Dr. Ahrens at Hochschule Wismar.

In particular, there was an examination of the medical handheld pulse oximeter which was released in 2012. The device was tested and fulfilled the medical standard IEC/EN 60601-1-2:2007 (Medical electrical equipment – Part 1-2: General requirements for basic safety and essential performance – Collateral standard: Electromagnetic disturbances – Requirements and tests). The European government has updated this standard in 2016 and introduced higher requirements. The update was aimed at increasing test levels and adding additional tests for medical devices. According to the standard updated in 2016, all medical devices must fulfil the increase in test levels and additional tests by the end of 2019.

The device from EnviteC shows some problems with the higher test level (increased from 8 to 15KV) of the air – electrostatic discharge (ESD) test. The lab staff of Prof. Dr. Ahrens created different approaches and built different test devices to check if one of them will fulfil the new requirement in the updated standard. A couple of medical devices were available in the laboratory. In the beginning, instruction about how to use the test equipment was given by Prof. Dr. Ahrens, namely:

– what kind of settings should be used, and

– how the discharge gun must be connected to the test table.

The instructor from Hochschule Wismar (Prof. Dr. Ahrens) did some tests at a lower test level and the further measurements at the higher test levels were carried out by Mr. Kamps from EnviteC, in the lab at HS Wismar. The first device had some problems with the sensor. A 13KV ESD test to the cable connector of the sensor destroyed the test device and finally, the test failed.

The second sample device worked well all the time and 15KV ESD tests could be carried out successfully. Therefore, the test device wasn’t destroyed and passed the test. 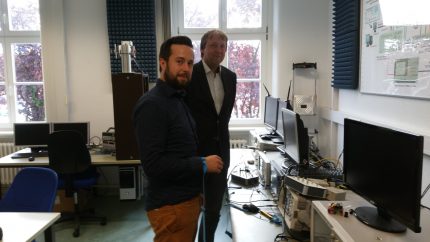 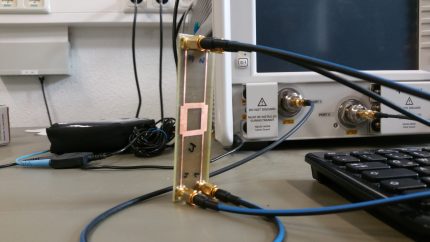 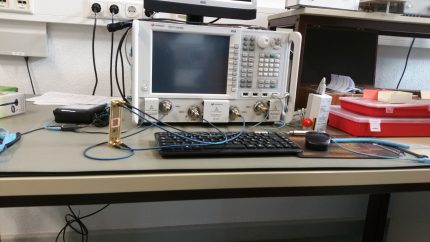